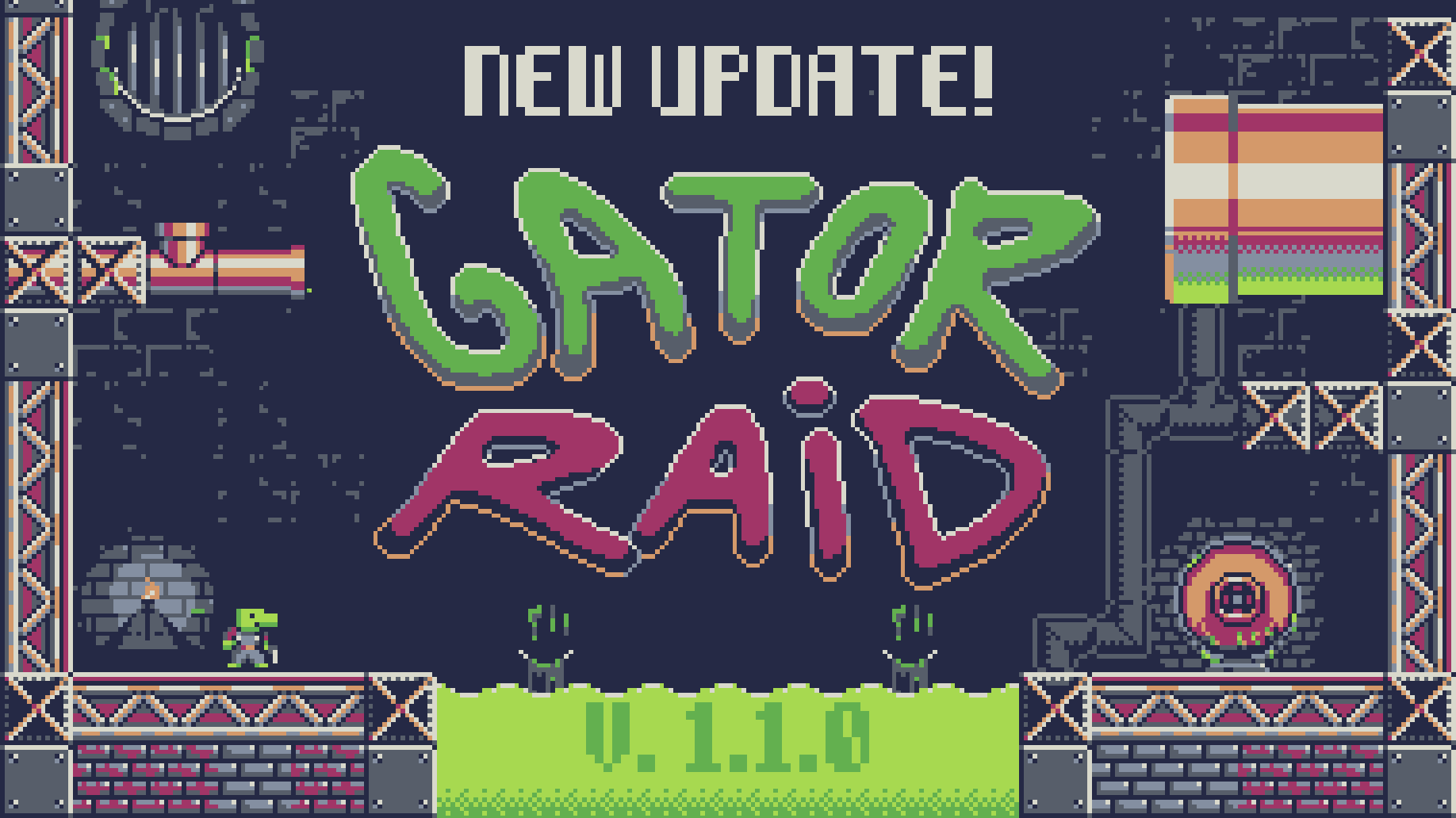 We had a great time building this little game over the course of the Palette Jam 2, and are more than delighted to see the great reactions and playthroughs that people have posted!

It really got down to the wire while finishing the game in time for the deadline, and as such we couldn't include all the stuff we wanted. Luckily we had to wait to weeks for voting and judging, and we've been able to put almost everything back in, while also fixing a couple of bugs that we didn't catch before.

We saw various comments from people who prefer different controls, and we've made an effort to remap the defaults to suit most cases, while also allowing full remapping for everyone else.

The options menu can now be navigated using a controller

Turtle (NEW)
We've previously not included, but designed for this little turtle to be part of our release, but due to the work required during the jam decided to go without, but its finally here!
That dot is not an eye...
You can find them in its new environment